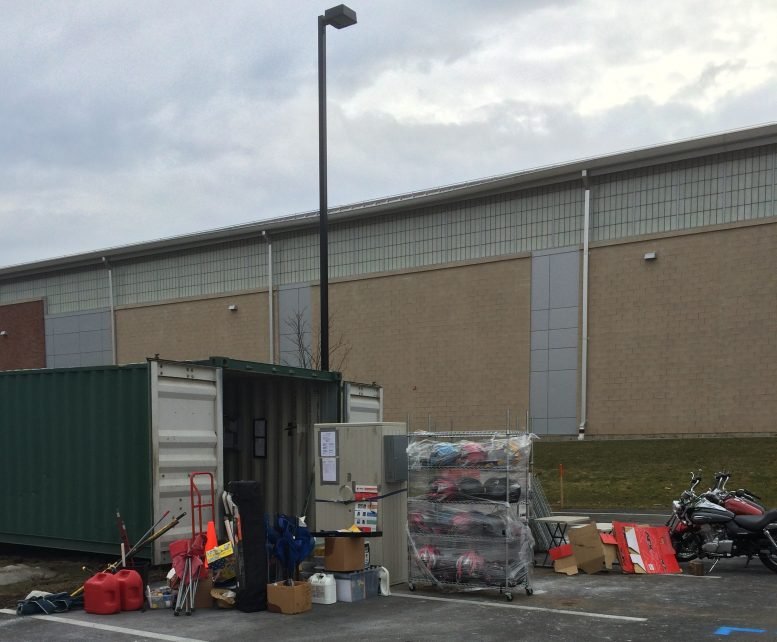 Since the MVCC Rome campus is undergoing major renovations, we have lost the use of our parking lot there for the time-being. We hope to resume our training in Rome once the dust has settled, but in the meantime, MVCC has made provision for us to have a SECOND motorcycle training center at the Utica campus. Yay! Thank you MVCC! Our newest range is located near the gym.

We were blessed with a few days of unseasonably mild March weather for both the move and the range layout. We had to move fast though – the “barn” at the Rome campus was scheduled for demolition – we needed to be gone before that got underway or else compete with the heavy equipment. Now, the original plan was to move our stuff into the barn while our container got relocated, but since the barn was already getting ready for the wrecking ball (so-to-speak – I’m guessing it got bulldozed) we had to make the move in one [very, very long] day.

This process was ably assisted by two Scotts – RiderCoach Scott Agnew who provided muscles, truck and trailer, and Scott from Mobile Mini. The folks at Mobile Mini have been moving our containers for years and do a great job of setting us up in a level fashion. Level containers = smooth door operation, FYI.

Scott (#1) and I also spent another long day marking the parking lot with our training diagrams. Laying out a range is an exercise in “Land-of-the-Giants” geometry involving charts, 300’ tape measures, marking crayon and inverted paint cans. My fitness app says I walked over 9 miles, and I can attest that about half of that was spent bent over double scratching markings into the pavement. Ow! Ow! Ow! We were both pretty sore after that day. (Note to self: Next time move first and paint second.) 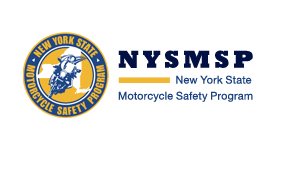